images on the open web.

The Jadaliyya Photography and Visual Narratives Page is an online space to showcase and discuss visual narratives from and/or about the Middle East and North Africa. The page serves both as a knowledge resource about visual production in the region, and also as a platform through which to expand perspectives related to how the region is represented, how communities see themselves, and one another.

This Who's who in Turkish Culture and Art is a database provided by the Turkish Cultural Foundation. "Artists and experts are included in this database based on a variety of criteria and are gathered from different sources through a TCF managed search process. The final selection is made by the selection committee. This online resource is constantly updated, and includes brief biographies and contact information for each individual, along with selected images of their art." The database also includes a section on Turkish academics.

Middle East Photograph Preservation Initiative  [MEPP] - MEPPI is led jointly by the Arab Image Foundation, the Art Conservation Department at the University of Delaware, The Metropolitan Museum of Art and the Getty Conservation Institute. The Middle East Photograph Preservation Initiative (MEPPI) is a strategic multi-year program designed to raise awareness about the importance of preserving the region’s photographic heritage. Launched in 2009 with a pilot workshop, it has grown into a multi-faceted initiative with an ambitious program of complementary research and capacity-building objectives. 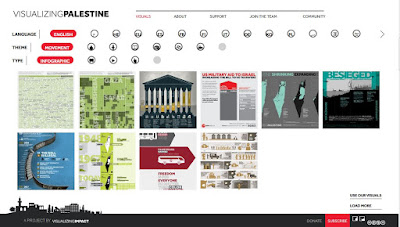 "Visualizing Palestine creates data-driven tools to advance a factual, rights-based narrative of the Palestinian-Israeli issue. Our researchers, designers, technologists, and communications specialists work in partnership with civil society actors to amplify their impact and promote justice and equality."

Modernism in the Middle East and Arab World By Tagharobi, Kaveh; Zarei, Ali

"Mapping Islamophobia is a project headed by Grinnell College history and religious studies professor Caleb Elfenbein, with contributions from a number of Grinnell College students and technical support from Mike Conner. The project utilizes a series of powerful interactive maps that document incidents of violence, discrimination, and bias targeting Muslim individuals and communities in the United States. One such map, along with an accompanying interactive timeline, allows visitors to view the prevalence of Islamophobia between the years 2011 and 2018. In addition, these maps allow visitors to investigate Islamophobic incidents by incident type (including legislation, public campaigns, and crimes against people) and the gender of the targeted individual. The team behind Mapping Islamophobia collected information about these incidents from a variety of "media outlets with clear editorial oversight." By selecting individual pins on these maps, visitors can learn more about specific incidents and news sources. The Mapping Islamophobia project also contains Countering Islamophobia, an interactive map that documents "how American Muslim communities have responded to the increasing presence of anti-Muslim hostility in American public life over time." This map highlights community outreach activities, interfaith initiatives, and more."
[Description from Scout Report]

"Akkasah, the Center for Photography at New York University Abu Dhabi, is home to an archive of the photographic heritage of the Middle East and North Africa. The Center is dedicated to documenting and preserving the diverse histories and practices of photography from the region, and our growing archive contains at present over 60,000 images."

The Bavarian Air Force World War I Aerial Photography of Palestine = Bayerisches Hauptstaatsarchiv: Bildsammlung Palästina. "The 2,872 photographs, comprising both aerial and ground photographs that are
now available on the website of the Central State Archive of the Bavarian State Office
for Surveying, constitute an important resource for the study of many aspects of the
landscape of Palestine and other territories at the end of Ottoman rule in the region.
These photographs offer an overview of the region’s topography as it was almost one
hundred years ago, and as such are of great significance to geographers, historians, and
researchers working on urban cultural history " 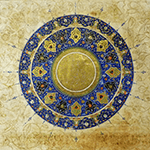 Digital History of British Colonial Cairo: Media and the Potentialities of History The project aims at developing a site to publish electronic articles that use various audio-visual media to reconstruct an understanding of the history of Cairo under British occupation. It is based on the employment of media and maps in order to achieve two objectives: 1) overcome publication barriers that prevent the optimal use of the possibilities of Digital Media, 2) provide a new style of critical historical writing about Cairo to readers in Arabic.

The Ellen-Fairbanks D. Bodman Collection of Middle Eastern and Islamic World Films @ UNC Over 500 films and willing to lend to other academic institutions with two week notice. Please contact your librarian to arrange such a loan.

The Museum of Islamic Art, Qatar.

Khamseen: Islamic Art History Online is a free and open-access online platform of digital resources to aid the teaching of Islamic art, architecture, and visual culture. It is sponsored by the Digital Islamic Studies Curriculum (DISC) at the University of Michigan through the support of The Andrew W. Mellon Foundation. In its initial stage, the platform provides original multimedia content developed by scholars from across the field of Islamic art, which is intended to aid educators in the creation of an interactive learning environment and to contribute to new ways of teaching in general, bringing new voices, perspectives, and materials into our classrooms.

Middle East Photograph Preservation Initiative  [MEPP] - MEPPI is led jointly by the Arab Image Foundation, the Art Conservation Department at the University of Delaware, The Metropolitan Museum of Art and the Getty Conservation Institute. The Middle East Photograph Preservation Initiative (MEPPI) is a strategic multi-year program designed to raise awareness about the importance of preserving the region’s photographic heritage. Launched in 2009 with a pilot workshop, it has grown into a multi-faceted initiative with an ambitious program of complementary research and capacity-building objectives.

Discover Egypt's Monuments
"Supported by Egypt's Ministry of Tourism and Antiquities, Discover Egypt's Monuments invites visitors on a virtual trip through Alexandria, Aswan, Cairo, Giza, Luxor, South Sinai, Wadi Natrun, Al-Minya, and the Red Sea. Clicking "Explore Egypt's Maps" leads visitors to an interactive map where they can scroll through locations (using the Places to Visit box on the right-hand side, under Sites and Monuments) and find pinpointed sites along the way. Each site includes a brief description (available in English or Arabic).

"I am pleased to release of the digital catalogue of views of Cairo's monumental heritage taken by Italian photographer Beniamino Facchinelli (1839-1895) after his settling in 1875 in the Egyptian capital, where he died twenty years later. The catalogue currently features 726 high-definition reproductions of images identified among the holdings of six libraries and museums across the globe; it is designed to incorporate further ones as they appear in collections willing to share their content in full Open Access mode.

It is estimated that Facchinelli produced about 1200 topographical views during his stay in Egypt, of which 900 have been already listed and located, though not all copyright-cleared yet. All images are authenticated through cross-referencing, and their original captions are listed in the entries, as well as the albums and publications where they were reproduced. The whole represents a unique documentation on buildings which have either disappeared since then, or been radically transformed in course of restoration; it also includes rare views on their furnishings. Because the photographs of the reconstructed corpus were often commissioned by dedicated preservationists and inserted in their publications (although without any credit to their author), one can closely follow through them how a vanishing architectural, visual and material culture was then viewed, valued and defended."

The Secret Life of an Arab Artist: Ali Jabri

Naji al-Ali: The Life of a Great Palestinian and Arab Cartoonist

Ancient Wonders of the World in the Middle East