A photo of work at the Kharkov Apiculture Research Station, Ukraine, 1931. 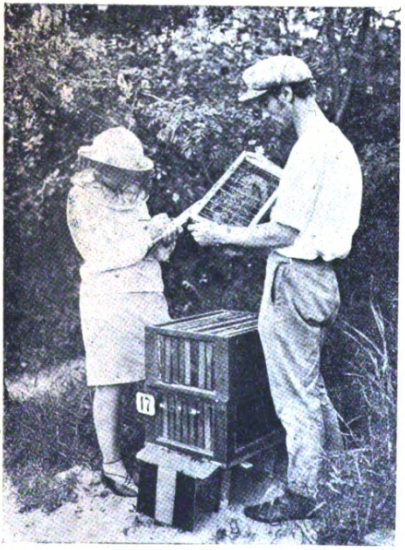 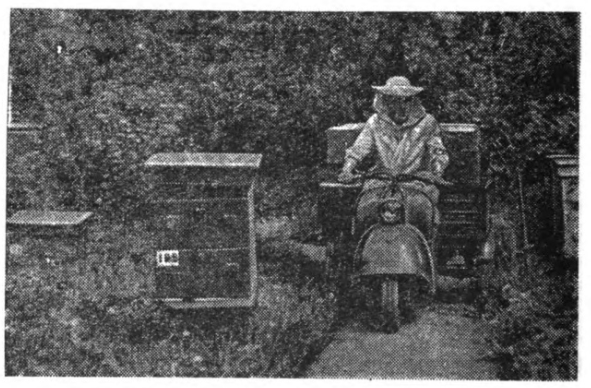 In addition to beehives, Soviet apiaries contained light-weight, portable equipment sheds called "butki". Sketch taken from I. I. Korablev, S. A. Rozov, and I. A. Babich's 1954 text "Pchelovadstvo". 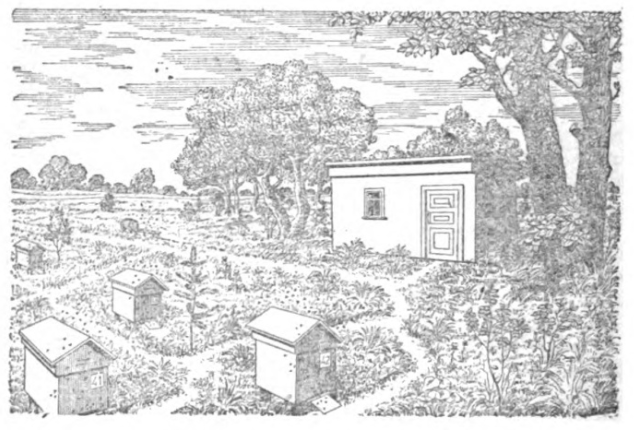 Scraping honeycombs off of the frame.

While honey filtering and processing was mechanized as much as possible, the initial stage of separating honeycombs from hive-frames was usually done by hand. Sketch taken from I. I. Korablev, S. A. Rozov, and I. A. Babich's 1954 text "Pchelovadstvo". 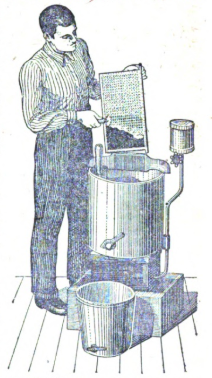 Soviet beekeeper, author, and governmental official Khrisanf Nikolaevich Abrikosov is known for aiding in the territorial expansion of beekeeping in the USSR. The administrative territory Kurgansk was founded between 1923-1930, and collective beekeeping was soon to follow. This photo was taken from Kh. N. Abrikosov's 1931 text, "Kolkhoznye paseki." 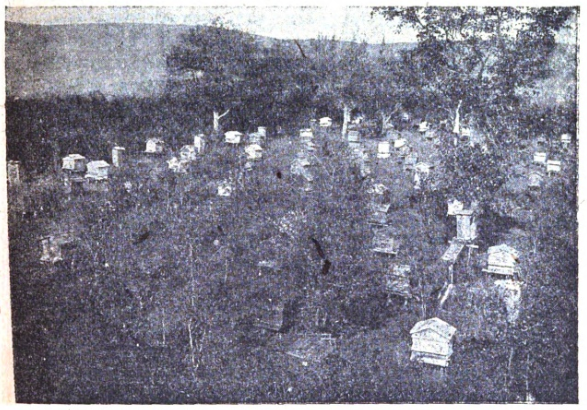 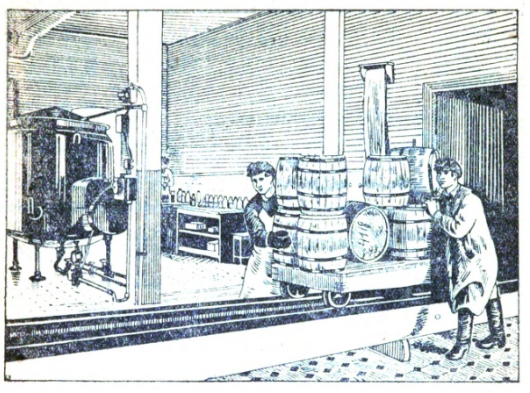 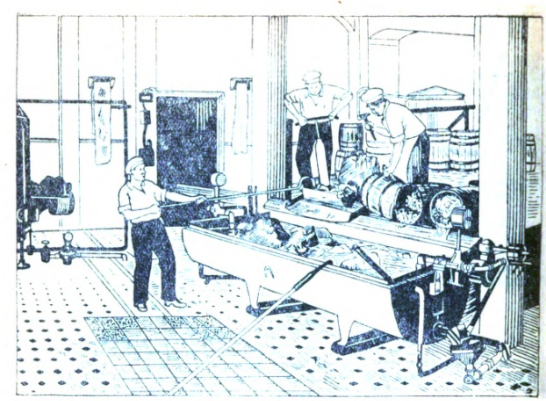 This sketch of a man overseeing the mechanized distribution of honey into containers, was based off of the scenes inside of the Leningrad Honey Base (Leningradskaya medobaza). Sketch taken from N. I. Il'in's 1932 text, "Tekhnologii︠a︡ produktov pchelovodstva, podgotovki ikh k sbytu i organizat︠s︡ii︠a︡ sbyta." 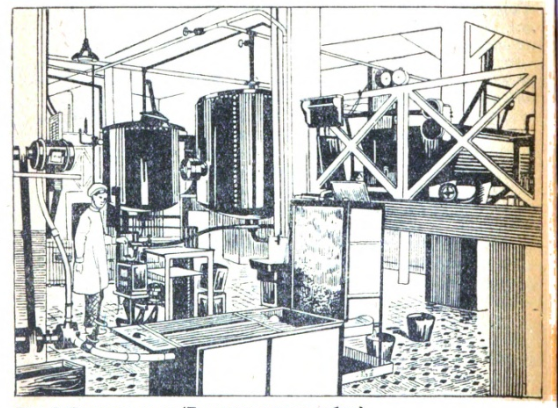 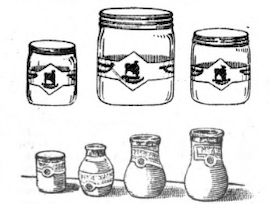 The work ethic of bees quickly made its way into Soviet culture. 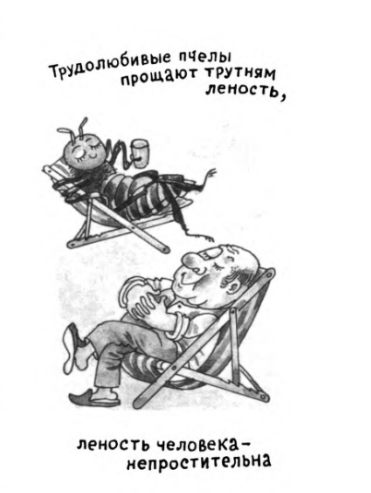 Formation and Structure of the Soviet Union

In December 28 1922, the Soviet Union had formed after the merging efforts of the Russian SFSR (Socialist Federative Soviet Republic), Ukrainian SFSR, Belorussian SFSR, and Transcaucasian SFSR. On February 1, 1924, the United Kingdom recognized the Soviet Union as a foreign power.

Soviet administrative reform took place between 1923-1929. During this time period, the land allocation system used in the Russian Empire was altered, and terms denoting territories were subject to change. In addition, many territories were re-named under Soviet rule to honor principles and historic figures of cultural importance. Wikipedia has an alphabetized list of towns that were re-named during Soviet rule.

In total, the Soviet Union was composed of 4 SFSR's. The Russian Soviet Federative Socialist Republic (RSFSR) was divided into 7 krais, 6 oblasts, and 8 Autonomous Soviet Socialist Republics (ASSR). The Ukrainian Soviet Federative Socialist Republic was divided into 25 oblasts, although the geographic demarcations in Ukraine changed frequently throughout Soviet rule. For those interested in learning more about Ukraine under Soviet rule, one resource of interest may be Clarence Augustus Manning's 1953 book, Ukraine Under the Soviets, which is digitized and available in full online.

Wikipedia has a Russian-language archive of all Soviet administrative divisions, both for the USSR as a whole and for each of the 16 Soviet Socialist Republics.

In discussing geographic demarcations, the heading lists the term in singular, and terms are pluralized following Russian pluralization rules in the discussion.

A gorod is a large city, such as Moscow, Kharkov, or St. Petersburg. Gubernĭi were slightly larger than goroda. The term was last used in 1929 as a geographic term-- Gubernii were turned into Okrugi named after the goroda that they surrounded.

In the USSR, Okrugi were the geographic equivalents of Uezdy in the Russian Empire. In Ukraine, these areas were instead called Raĭony. A sel'sovet was a rural equivalent of an okrug. The rough English equivalent to this term is province.

Several okrugi or raĭony were grouped together to form an oblast', or a krai. Oblasti were more centrally located than kraĭi. Oblasti are the largest geographic term within an SFSR.

My friends are bees, So dear to me. Their charming ways have got my heart.
I care for them in hours free, From morning until dark.
If only sunshine’d fall upon
The dwelling of my gentle bees!
They leave to travel with the breeze,
Scouting flowers far and wide:
Forests, pine-groves, lush hillsides.

Each bee, each day, works at his best
Inside the hive as well as out
I watch my hive and have no doubt:
That Man is meant to live like bee:
To rise and work all century.
The bees are close as loving brothers,
They live and work as family.

One thought unites bees to each other:
“We live and labor for the hive”
“We work as one, a joyful life!”
The bees inspire our communes,
For they abide by worthy laws.
All minds are striving and attuned
Upon one sole and noble cause:
To grow their stores, they nectar draw.
The words of Lenin and of Marx
Are built into their colonies.
To learn commune mentality,
Man must look closely at the bee.