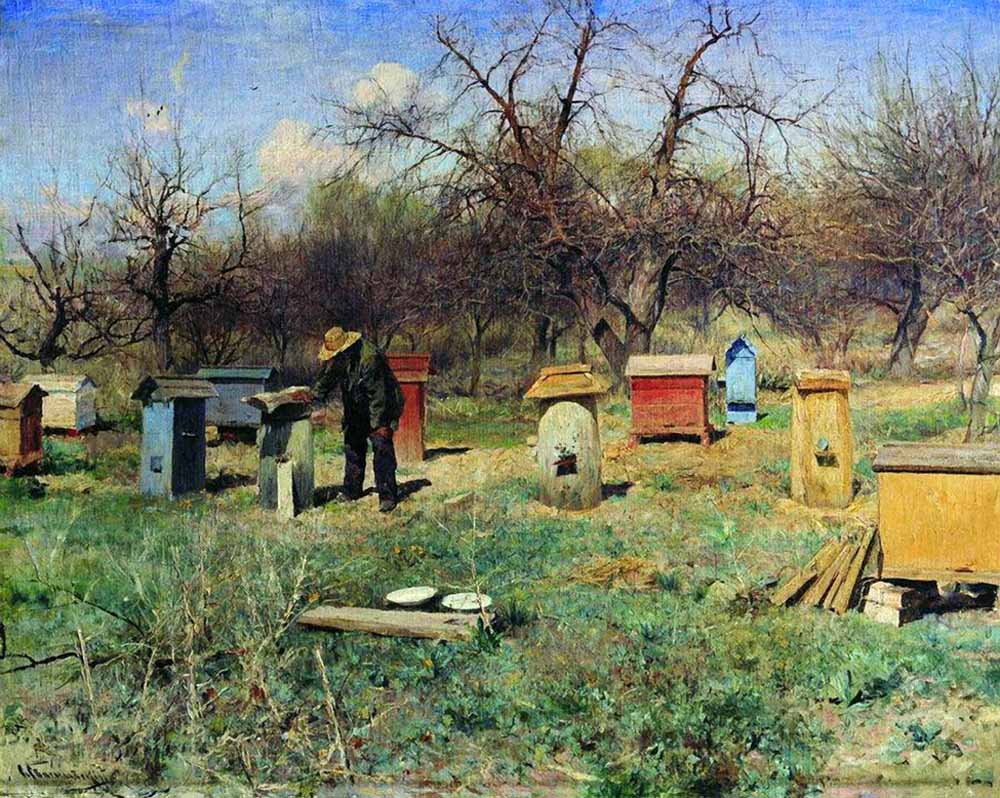 There was a lot of social experimentation in the early days of the USSR; the advent of electricity, industrialization, and the collapse of the Russian Empire all brought about creativity in many spheres of life.

The Soviet Government intended to weld the rapidly changing times to impress and educate its new constituents. One such attempt was the Lenin agricultural train. Railroads had begun to criss-cross the Russian Empire starting in the 1840's, bringing opportunities to travel but often draining a village's economy and goods to feed distal cities. Sofʹi︠a︡ Aleksandrovna Davydova describes the horrific poverty that ravaged villages near railroad tracks in her 1886 text, while recording the cottage lace industry in several Russian governorates.

In the USSR, trains were approached from an entirely new angle: painted bright colors, filled with journalists and Communist propaganda, these vehicles were beacons of hope and education for many villagers-- and a powerful tool to spread and collect information for the state.

There were "agitpoezda", "propaganda trains" filled mostly with political doctrine, and "agropoezda", or "agro-trains", which were meant to propagandize correct growing methods. Issue 8-9 (August-September) of the periodical "Prakticheskoe Pchelovodstvo" covers the July 1926 visit of the Lenin agricultural train to the Tambov governorate.

Below is an abbreviated translation of a communication by the Communist Party of the Soviet Union describing the structure of agro-trains, propaganda trains, and propaganda steamboats between 1918 and 1922. To view the original text, visit the Federal Archive Agency's digital Archive of Russian and Soviet history.

Propaganda-instructional trains and steamboats began to form in 1918, following the initiative of the Military Department of the All-Russian Central Executive Committee. These vehicles collect information about the political, economic, and cultural status of the Soviet Republics, governorates, and and oblasts in the following territories: Russia, Belorussia, Latvia, Ukraine, Turkestan. Further, these vehicles strengthen the connection between the Center and these territories. The tasks of agro-trains, and subsequently propaganda trains, include instructing local authorities (both party and community leaders) about new sorts of work, new working practices, and to spread agitative-propagandistic activity in the visited regions.

11 January 1919: The presiduma of the All-Russian Central Executive Committee confirmed support for literary-educational trains [...] the train (or steamboat) will contain a political section consisting of lecturers and instructors to represent the central office [of the USSR], a Bureau of Complaints, an editor, a printer, and projectors, as well as: an informational section, a telegraph section, a movie theater, an exhibition area, a library and a bookstore.

The Agro-train of V. I. Lenin was formed in 1921 by the Narkozema (Land use allocation office) of the RSFSR to propagandize scientific methods of horticulture and agriculture, and to promote collective farming. It was dissolved in 1926.

To read more about propaganda trains, check out this informational webpage by Iakov Okunev on the website Seventeen Moments in Soviet History.

This is a brief timeline of Soviet history with a focus on leadership and events relative to state agriculture. The timeline is based heavily off of Stephen Lovell's text, The Soviet Union: A Very Short Introduction. A number of events have links that will send you to a wonderful Soviet history website, Seventeen Moments in Soviet History.