Beekeeping in the Russian Empire

I͡A. Lisit͡skiĭ , a preacher, leaning against his bee pavilion, which could house 32 colonies. 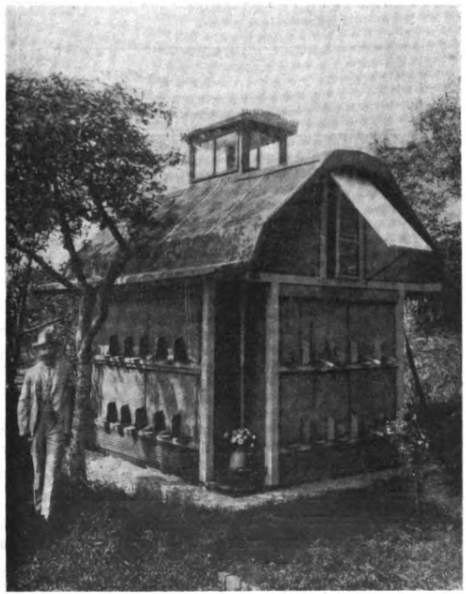 Beekeeping Texts from the Russian Empire

Beyond bees and beekeeping, the library's Russian Empire-era collection can provide fascinating glimpses into the daily life, culture, and economy of the 19th and 20th-Century Russian Empire.

There is the beautifully-documented study of domestic apple varieties composed by N. E. Regel, and a 1913 summary of fruit crop research from the Crimea research station.

The library also holds three texts by Sofʹi︠a︡ Aleksandrovna Davydova, who documented the cottage industry of lace production in the Russian Empire.

Another text that looks closely at a specific industry before the revolution, is Petr Ivanovich Li︠a︡shchenko's text covering the Russian flour industry published in 1911.