This Who's who in Turkish Culture and Art is a database provided by the Turkish Cultural Foundation. "Artists and experts are included in this database based on a variety of criteria and are gathered from different sources through a TCF managed search process. The final selection is made by the selection committee. This online resource is constantly updated, and includes brief biographies and contact information for each individual, along with selected images of their art." The database also includes a section on Turkish academics.

Chagatai Turkish, the second period of the North-East Turkic language, is a writing language that the Eastern Turks continue to use from the beginning of the 15th century until the beginning of the 20th century. After Nevayi's death, various dictionaries began to be written on every corner of the world of Islam, so that his works could easily be read. These dictionaries, written mostly in the Ottoman Empire, Iran, Azerbaijan, India or Turkestan and having a great value for the history of Turkish language development have created a lexicographical schools. In this study, are given mainly Chagatai Turkish dictionaries and studies on them.

Digital Ottoman Studies
"Digital Humanities is a new field that grows rapidly in the academic environment. This website is designed as a hub for digital projects, tools, events, publications, and platforms to contribute to Digital Humanities from the perspective of Ottoman and Turkish Studies. The 600-year-old Ottoman Empire's archival heritage, spanning diverse ethnic and geographical regions, holds high potential for digital humanities. This website aims to create a digital network for future projects by bringing together studies, people, and institutions. "

Russian-Ottoman Relations Online The origins, 1600-1800: 193 monographs on Russian-Ottoman relations. This was a dynamic period in Turkish, Russian, Middle Eastern, and Western European history, in which the foundations of the present-day spheres of influence were laid. The sources were published in Europe over a period of two centuries; they provide detailed insight, not only into the military hassles in the Ottoman-Russian relations, but also into the effects these hassles had on public opinion in Europe. Included are treaties, travel reports, decrees, etc. 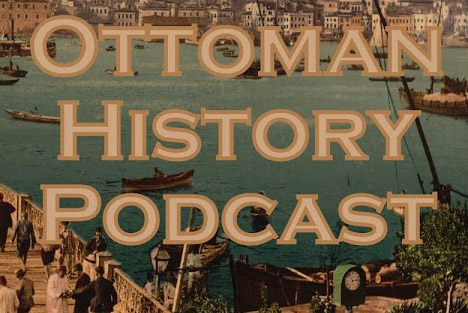 Launched in Spring of 2011, Ottoman History Podcast  is an online radio program dedicated to accessible and academic discussion of new topics in the history, society and culture of the Ottoman Empire and Middle East. Guests include scholars and students from a variety of disciplines. Episodes in English and Turkish are released on a weekly basis.

Historiography of Early Modern Ottoman Europe (HOE) Database HOE is a collection of meta-data focusing on historiographical writing of Early Modern Ottoman Europe (1500-1800). It brings together published and unpublished primary sources (chronicles, histories, hagiographies, inscriptions, maps…), as well as secondary material (“Main Section”). It also offers information on specific collections, as well as a wide variety of references to tools and resources useful to those navigating the research questions of Early Modern historiography (“Tools Section”).  HOE provides information on the author(s), title(s), contents, manuscript(s) and edition(s) of the main sources related to the topic.

SALT Araştırma: Digitized French Press in the Ottoman Empire.
"This project, a collaboration between İstanbul Atatürk Library, Bibliothèque Nationale de France and Institut Français d’Études Anatoliennes, aims to digitize newspapers and magazines published in French from the second half of the 19th century to the 1930s. More than a hundred titles, including periodicals printed in the Ottoman Empire as well as media published by the Young Turks of Europe, are now accessible. İstanbul Atatürk Library’s collection of Franco-Ottoman press has been digitalized by SALT Research, while the collection of Bibliothèque Nationale de France can be accessed through Gallica." 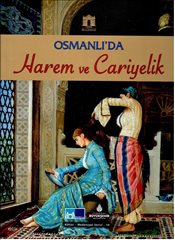 The History covers the period from the end of the eleventh century, with the arrival of the Turks in Anatolia, through the emergence of the early Ottoman state and its development into a powerful empire in the fifteenth and sixteenth centuries, encompassing a massive territory from the borders of Iran in the east, to Hungary in the west, and North Africa and the Arabian Peninsula in the south. The last volume covers its destruction in the aftermath of the First World War, and the history of the modern state of Turkey which arose from the ashes of empire.