This guide is intended to provide a few starting points to assist you with your research on Turkey and the Ottoman Empire. It contains English as well as Turkish and where available, Ottoman Turkish language material on issues related to the history, cultures, languages, and arts of the Ottoman Empire and the Turkish Republic.

In this guide, researchers of Ottoman literature and history, of Turkish popular culture, of Islam in Turkey, or of the growth of secularism and the republic, as well as those interested in the contemporary Turkish scene, have at their disposal a signpost to a variety of resources and information. 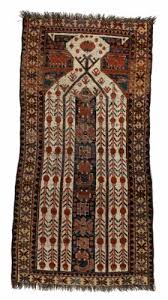 Featured items from our collection

A 1929 Cornell thesis, written by Sahire Mouhtar, the first Turkish woman to earn a non-medical PhD.

The rise of a new empire can often be a result of the vacuum of power that a previous empire leaves behind. The Turks, or the future Ottomans, had become the  dominant power in the Middle East and South Eastern Europe in part because of their extraordinary political and military organization, but mainly because of the exhaustion of the old neighboring empires, Christian Byzantium and Muslim Abbasid Caliphate.

Turks, or Turkic peoples, are the principal descendants of large groups of nomads who roamed on the steppes of Central Asia to Asia Minor during the early centuries of the Christian era.  By the eleventh century, the nomadic soldiers living in Iran and western Anatolia gradually formed a confederation in the region of modern Iran, called the Seljuk confederation. They managed to expand their dominions from a small principality in northwestern Anatolia on the borders of the Byzantine Empire into one of the great empires of fifteenth- and sixteenth-century Europe and Asia. From 1299 to 1923 the Ottoman Empire extended from northern Hungary to southern Arabia and from the Crimea across North Africa almost to the Atlantic Ocean. The reign of Suleiman I (The Magnificent) in the 16th century witnessed an outpouring of the literary arts and architecture, which in turn influenced European culture. The following centuries saw the gradual decline of the Turkish state as wars successively reduced the empire. The downfall of the Ottoman Empire and the establishment of the modern secular Republic of Turkey in 1923 changed the nature of the state, its society, its culture, and its literature in fundamental ways. From the rise of the Ottoman Turks in the thirteenth century through the declaration of the Republic in the 20th Century, fascination with Turkey grew and with it, a desire for information about it.

Atatürk's Speech that Recreated a Nation | Bir Milleti Baştan Yaratan Nutuk (10. Yıl Nutku) Background Music: Samuel Barber - Adagio for Strings ENG: In the speech he gave on 29 October 1933, the tenth anniversary of the Republic of Turkey (The Tenth Year Speech), Kemal Atatürk emphasised that thenceforth Turkish national culture would be developed, positive sciences and fine arts would be studied and worked on