This research and study guide aggregates resources useful for the study of Arabic literature of all periods. The guide serves as an introduction to resources available through Cornell University Library system.

The cardinal genre of Arabic literature, called "the register of the Arabs" (dīwān al-ʿArab = ديوان العرب) is the age-old phrase whereby Arabs have acknowledged the status and value that poetry has always retained within their cultural heritage. (The phrase: “poetry is the register or Arabs” was originally attributed to Ibn Abbas عبد الله ابن عباس, c. 619-687 CE.) From the very earliest stages in the Arabic literary tradition, poetry has reflected the deepest sense of Arab self-identity, of communal history, and of aspirations. The figure of the poet in the pre-Islamic era was associated with "divine inspiration"; the poet was seen as the tribal spokesperson, one who praised the tribe's illustrious past and hurled invective at its enemies.  The Arabic ode originating in oral forms and possibly in song, followed an esthetic that appealed primarily to the listener and had tightly codified tropes. The composition of ringing odes has remained a direct one from the pre-Islamic era through the pre-modern period, when poetic eulogies extolled the ruler and reflected a pride in the achievements and extent of the Islamic dominions, to the modern period, in which the poet has felt called upon to either reflect or oppose the prevailing political mood. In times of crisis it has always been, and still remains, the poet’s voice that is first raised to reflect the tragedies, the anger, the fears, and the determination of the Arab people.

The Lāmiyyāt ‘al-Arab (the L-song of the Arabs) is the pre-eminent poem in the surviving canon of the pre-Islamic 'brigand-poets' ( الـشـعـراء الـصـعـالـيـك al-shu‘arā’ al-ṣa‘ālīk). It was included in the seminal anthology of pre-Islamic verse, the eighth-century CE Mufaḍḍaliyāt, and attracted extensive commentary in the medieval Arabic tradition. The poem also gained a foremost position in Western views of the Orient from the 1820s onwards.[1] The poem takes its name from the last letter of each of its 68 lines, L (Arabic ل, lām). The poem is traditionally attributed to the putatively sixth-century CE outlaw (ṣu‘lūk) Al-Shanfarā, but it has been suspected since medieval times that it was actually composed during the Islamic period, conceivably—as reported by the medieval commentator al-Qālī (d. 969 CE) -- by the early anthologist Khalaf al-Aḥmar.[2] The debate has not been resolved; if the poem is a later composition, it figures al-Shanfarā as an archetypal heroic outlaw, an anti-hero nostalgically imagined to expose the corruption of the society that produced him. 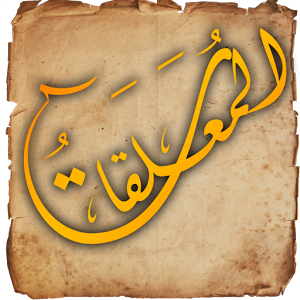 Pre-Islamic poetry laid the foundation for all subsequent Arabic poetry, and formed a key referent for Arabic grammar and Qurʾān exegesis. Its structure, motifs, and images constituted a literary model for Umayyad, Abbasid, Fatimid, Andalusian, and Mamluk poetry, and its grammatical and lexical usages formed a tool to understand the Qurʾānic message and to measure the purity of later Arabic expressions.

The Muʻallaqāt Arabic: المعلقات‎, [al-muʕallaqaːt]) is a group of seven long Arabic poems that are considered the best work of pre-Islamic Arabia.[1] The name means The Suspended Odes or The Hanging Poems, the traditional explanation being that these poems were hung on or in the Kaaba at Mecca.[2] The name Mu‘allaqāt has also been explained figuratively, as if the poems "hang" in the reader's mind. 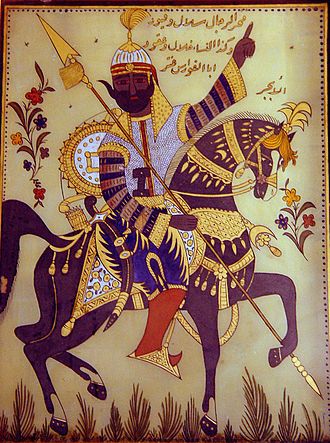 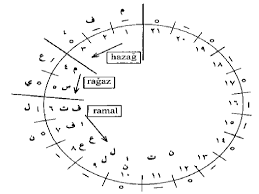