Film: A Guide to Resources: Screenplays

Not all screenplays are commercially published and it may not be possible to locate the script for a particular film, but we do have some in the collection. The most obvious way to locate these is to search by the title for the film either by Title or All Fields. If we have the published screenplay you should see a catalog record for it. Some screenplays -- such as those by Noel Coward or Lina Wertmüller -- may be published together in single author collections. Others may appear in edited anthologies, through these are rarer. The Library of Congress subject heading for screenplays is MOTION PICTURE PLAYS. If a film script has been published commercially and it is not in the CU Library collection, we may be able to obtain a copy through interlibrary loan. Check WorldCat to see if it is held by another library.

Various internet sites, while not comprehensive (or, perhaps, strictly legal), provide film scripts in a variety of forms. Be aware that there can be many versions of a script: spec scripts, multiple drafts, revisions, shooting scripts, continuity scripts, and transcripts made directly from the finished film. The list below links to some of the more reliable sites for freely accessible screenplays. For more information on finding screenplays, see the UCLA Library's Film and Television Subject Guide. Scripts for non-English language films are especially difficult to find online, though a few may appear among sites listed here below. Please note that a site's inclusion in this list does not imply the Library's endorsement. Be aware that some filmscripts offered by a given site may not be shooting scripts, but transcriptions of dialog derived from the finished films as they appear in DVD or streaming formats.

8FLiX
Contains free, downloadable scripts for movies and television series, many of them Netflix productions.

Internet Movie Script Database
NOTE: You don't need to download the Bamboo pdf software to read or copy a script. Click on the "Read [title] Script" link below the movie description. From there you can save the script as an HTML file, of Select All and copy the text into Word, etc. Most scripts are for films released in the past 25 years. This site does carry a lot of advertising.

Movie Scripts and Screenplays
A wide selection of scripts, many in HTML format, some requiring Adobe Acrobat to display. Includes multiple versions for some titles (e.g., more than ten versions of Alien 3).

The Script Lab
"Screenplays are only made available to download by The Script Lab when they are done so by their copyright holders and available free of charge." (site) Include scripts for many films released from 2012-2015.

Scripts on Screen
Indexes and links to scripts for over 8,500 films available from 300+ web sites. Indicates draft versions (if known) and availabilith of PDF format. Links that are not free are marked with a dollar sign ($).

65 TV Pilot Scripts That Screenwriters Should Study
Contains pdfs of pilot episodes of 65 different series, including Mad Men, Black-ish, The Sopranos, Killing Eve, The Office, Game of Thrones and many others.

Black List
An annual survey of the "most-liked" motion picture screenplays not yet produced, it has been published every year since 2005. Some scripts are available for download. 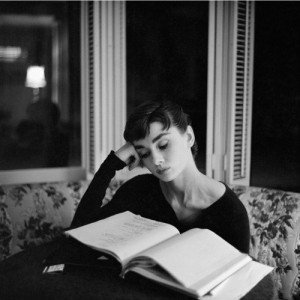