Russian Film Hub
"On Russian Film Hub, you can legally watch hundreds of Russian and Soviet movies with English subtitles for free. You can filter by genre, decade, director, and more....Our film catalog ranges from historically important early films by Dziga Vertov and Sergei Eisenstein to comedy gems by the Soviet blockbuster wizards, Leonid Gaidai and Eldar Ryazanov. We have a deep collection of Russian war movies and a good number of contemporary Russian films (just sort by decade).There are also a number of great Russian TV series on Russian Film Hub. You’ll find both Soviet and contemporary Russian classics." (from website)

Internet Movie Database.
This database provides basic information about films, including director, cast, characters, ratings and reviews. It is probably one of the best film resources available on the Web.

Voice of the Shuttle/Media Studies
From UC-Santa Barbara, a compilation of Web links from a variety of institutions and organizations dedicated to the study of film, video, and other areas of mass culture, as well as to Web sites that focus on particular genres, directors, actors, theories, national cinemas, and historical periods.

Film Stills Resources
A guide to resources for finding and using film stills for educational use, developed at Indiana University, Bloomington.

Did you know that Ithaca was once a thriving center for silent film production?   Learn about our area's cinematic history at the Wharton Studio Museum site. 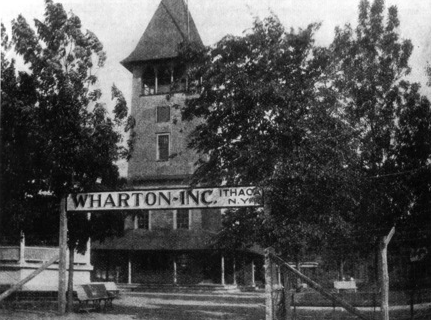