Gender and Sexuality in Islam

[Listing from the Cornell online catalog] 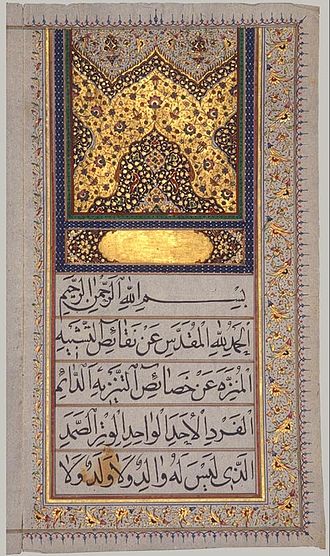 Importance of Marriage in Islam al-islam.org.

Gender, Islam and judgeship in Egypt International Journal of Law in Context [The issue of women serving as judges has been a contentious one in Egyptian society for nearly eight decades. While other Muslim majority countries started appointing women judges as early as the 1950s and 1960s, it was not until 2003 that the Egyptian government announced the appointment of its first ever female judge. Despite the approval of Egypt's religious scholars, her appointment was fiercely contested, among both the general public and the legal profession.]

Marriage in Islam [From Wikipedia]

Women and Gender in the Middle East and North Africa ...Mapping the Field and Addressing Policy Dilemmas at the Post2011 Juncture',MENARAFinal Reports, n. 3, March 2019.

The Women Bringing Sex Ed to the Arab World / The New York Times Thursday, November 18, 2021. Activists are using social media to do what Arab countries have failed to do: teach women about their bodies. They’re aiming for a cultural awakening.

Introduction to Muslim Sexual Ethics. This web site is part of the Feminist Sexual Ethics Project at Brandeis University

Gender, Sexuality, and Islam under the Shadow of Empire / Saadia Toor

Women’s Rights in Islam Regarding Marriage and Divorce Journal of Law and Practice, April 11, 2011.Source: WHO 2013.

Women and Saudi Arabia's Male Guardianship System | HRW "We all have to live in the borders of the boxes our dads or husbands draw for us."

Acceptance of domestic violence by women in some Islamic countries, according to UNICEF (2013). [UNICEF Information site (Web Archive Data)].

Domestic Violence and Shari’a:Comparative Study of Muslim Societies in the Middle East, Africa and Asia / Report by Lisa Hajjar.

Introduction of Violence Against Women Sisters in Islam website with range of resources on violence against women in Islamic societies.

Mapping stoning in Muslim contexts Execution by stoning is still carried out in various parts of the Muslim world (either by state or non-state actors) as a punishment for zina (adultery and fornication), even though there is no direct reference to this form of punishment in the Quran. February 2012.

Women and the Law in Islamic Societies: Legal Responses to Domestic Violence in Saudi Arabia and Morocco / Cybèle Cochran. © 2009 The Fletcher School.

Honour crimes BBC Ethics Guide.
Islam should not be tarnished by honour killings ABC, The Drum, 10 February 2012.
Mapping stoning in Muslim contexts Execution by stoning is still carried out in various parts of the Muslim world (either by state or non-state actors) as a punishment for zina (adultery and fornication), even though there is no direct reference to this form of punishment in the Quran. February 2012.
Does Islam Approve Of Honour Killings Of Women? questionsaboutislam.com
In Turkey, 'Honor Killing' / Washington Post Foreign Service
"القتل بدافع الشرف": بحث علمي قانوني أعد لنيل لقب استاذ nesasy.org (Syria)
موقف القضاء من جرائم الشرف في قانون العقوبات السوري nesasy.org (Syria)
Stop Killing and Stoning Women (SKSW) Publications: Policy Briefing Series I. The Global Campaign to Stop Killing and Stoning Women

What Muslims Around the World Think About Women's Rights, in Charts : Insights from the massive Pew survey of adherents of the world's second-largest religion. Olga Khazan May 1, 2013. The Atlantic .

Fatawa - Does a divorced woman and her child inherit (Dar al-Ifta, Cairo, Egypt)

"Men having many wives?

Men and women can have as many spouses as they can fit into a lifetime; but this is not generally approved. Women are requested to have only one husband at a time (there is evidence that wealthy Arab women were polyandrous before the coming of Islam - certainly wealthy men were polygynous), and men are limited to four at one time, whereas previously there had been no limit, and a wealthy and generous man was expected to cater for as many women as he could afford (in the absence of a welfare state). ...  No Muslim was ever to deliberately cause hurt or harm to another Muslim, so a man might not take extra womenfolk into his home if it would cause upset and distress (it was recommended when there were lots of widows after warfare, if the women were willing to be generous to bereft 'sisters'). Also, if a man could not provide equal treatment of his wives - equal food, clothing, money, living quarters, time spent with - he was refused permission for polygamy. Equal sexual activity was not ruled on, however. Some wives had no sexual relationship with their husbands at all after a while, or if they came into the household as widows of relatives." / ©BBC "BBC - Religions - Islam: Sharia."

Why does the Qur'an allow Muslim men to have four wives? @islamcan.com

Polygamy in Islam: The women victims of multiple marriage BBC News, 31 May 2012.

In Sharia Law any marriage that is forced or false in any way is null and void. It is not a proper marriage. This is a problem that seems to plague Muslim women from India/Pakistan/Bangladesh and nowhere else in the Islamic world - and it also applies to Hindus and some Sikhs from those areas too.

Forced marriage is totally forbidden in Islam. False marriage is too - for example, some of our teenage girls are sent back to Pakistan for a holiday when they are about 15, and sign things they do not understand, and then find out later that they have been 'married' even if it has not been consummated. UK lawyers are getting far better at studying Sharia these days, in order to protect these girls from this particular culture.

Forced marriage is not at all the same thing as arranged marriage. Muslims from many countries have a system of arranged marriages, in which the spouses may not have seen each other before marriage, but it always has to be with their free consent. The Prophet himself advised prospective spouses to at least 'look' at each other, until they could see what it was that made them wish to marry that person as opposed to any other. Women forced into marriage, or seeking divorce for general reasons, have the same sort of grounds in Sharia as in the west - cruelty, mental cruelty, adultery, abandonment, etc. They may even request a divorce for no specific reason whatever, so long as they agree to pay back the mahr (marriage payment) made to them by their husband if the husband does not wish to let them go but are obliged to." BBC © 2014.

The "Flight from Marriage" in South-East and East Asia Gavin Jones, Singapore (2011).

Consanguineous marriage: Keeping it in the family - The Economist