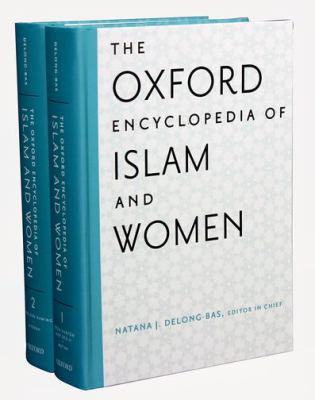 This resource holds nearly 4000 entries from many Oxford publications, such as the Oxford Encyclopedia of the Islamic World, Oxford Encyclopedia of the Modern Islamic World and The Islamic World: Past and Present. It encompasses a variety of resources including biographies, scholarly works, translated articles, essays, seminal books and speeches by influential figures of the Islamic world, translations of the Qur’an, maps and images, and teaching aids. [For further information on how to use the Oxford Islamic Studies Online].

"Middle East Women’s Activism digital archive is a collection of interviews with 96 women of different generations in Egypt, Jordan and Lebanon, which form the basis of a monograph, entitled, Embodying Geopolitics: Generations of Women’s Activism in Egypt, Jordan and Lebanon. All interviews were conducted by Nicola Pratt, University of Warwick, in 2013-2014 as part of a British Academy Mid-Career Fellowship exploring the relationship between gender and geopolitics in the context of the Middle East. The research received approval from the University of Warwick Humanities and Social Sciences Research Ethics Committee and consent was given at the time of interview to make this material publicly available.

The archive will be of interest to researchers in the fields of gender studies and post-independence social history in Egypt, Jordan and Lebanon. The interviews consist of women’s personal narratives of their family background and education, how they became involved in public work (al-‘amal al-‘am), information about their activism and how it has changed over time and the impact of/their involvement in major national events, amongst other details." More.

Index Islamicus This database is a comprehensive index to publications on Islamic subjects throughout the world. Records cover almost 100 years, from 1906 to the present. The scope includes the Middle East, the Muslim areas of Asia and Africa, plus Muslim minorities elsewhere in the world. Over 3,000 journals are monitored for inclusion, together with conference proceedings, monographs, multi-authored works and book reviews. Journals and books are indexed down to the article and chapter level. Coverage: 1906 - current. [How to use Index Islamicus].

Columbia International Affairs Online (CIAO) is a comprehensive source for theory and research in international affairs. It publishes a wide range of scholarship from 1991 onward that includes working papers from university research institutes, occasional papers series from NGOs, foundation-funded research projects, proceedings from conferences, books, journals and policy briefs. [How to use CIAO].

An electronic news article service. It contains newspaper articles, newswire reports and magazine features from a variety of international sources. It has a limit of three simultaneous users. [How to use Factiva].

ProQuest Research Library It contains bibliographic descriptions, abstracts, and lots of full-text articles covering over 150 subjects and topics such as business, economics, education, health, industrial relations, management, public policy, religion and statistics. ProQuest Research Library provides one-stop access to thousands of full-text periodicals from one of the broadest, most inclusive general reference databases. Search from a highly-respected, diversified mix of scholarly journals, professional and trade publications, and magazines. [How to use ProQuest]. 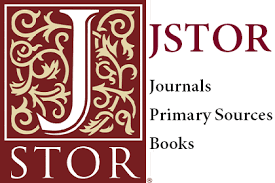 It is a not–for–profit service that helps scholars, researchers, and students discover, use, and build upon a wide range of content in a trusted digital archive of over one thousand academic journals and other scholarly content. Note: JSTOR has a moving wall that excludes the last 3 to 5 years of journal issues. The agreements with publishers establish a lag period for each title that defines the point at which the JSTOR archive stops.