CornellCast - Social Justice and the 50th Anniversary of the Willard Straight Hall Occupation: A Conversation with Harry Edwards 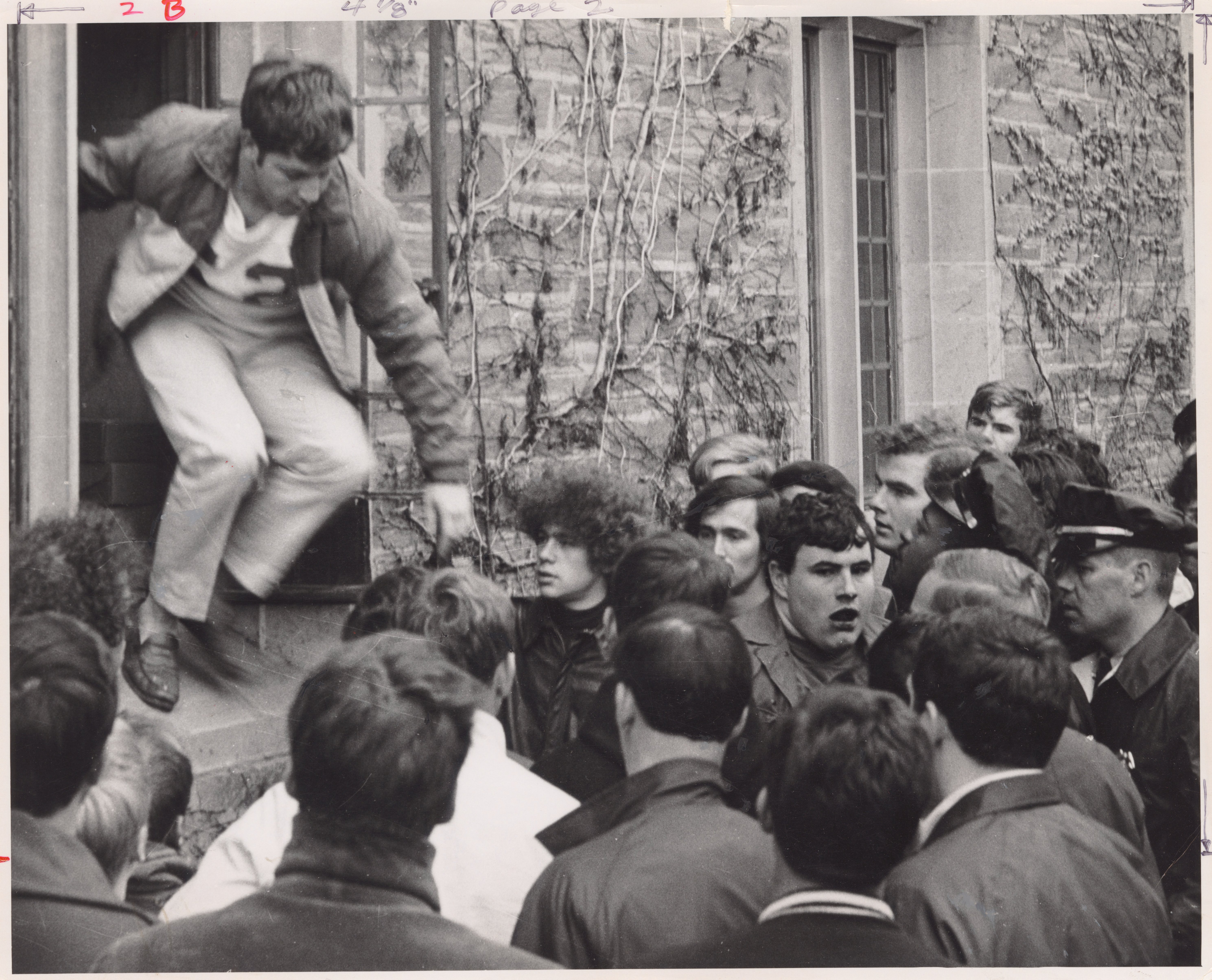 After a group of White students attacked Black students during the occupation, a White student exits the Straight after failure to end takeover.