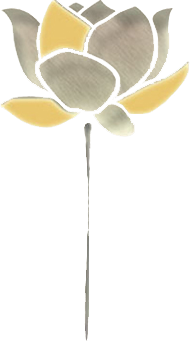 Library PressDisplay provides online access for the last 90 days to over 6,000 newspapers from more than 100 countries, displayed in their original format and accessible by country, language, or title.

Encyclopedia of Modern Asia   "Focus is on Asia since 1850, but earlier historical information is also provided to show how the past has influenced contemporary topics."

eHRAF World CulturesProvides information on particular cultures, ethnic groups, or immigrant groups, their beliefs and superstitions, or subjects such as political structure, architecture, kinship units, or settlement patterns. The information is organized by cultures and ethnic groups and the full-text documents are subject-indexed at the paragraph level.

Foreign Broadcast Information Service (FBIS) daily reports, 1974-1996Created by the U.S. intelligence community to benefit policy makers and analysts, FBIS Daily Reports offer foreign views and perspectives on historical events from thousands of monitored broadcasts and publications. Translated into English from more than 50 languages, these comprehensive media reports from around the globe include news, interviews, speeches and editorial commentary.

E-Resources for Japan Studies  Includes reference and e-book databases, such as Japan Knowledge;  newspaper databases, article indexes and others.

Japan Center for Asian Historical Records   "historical documents of Japan concerning to the modern Japanese relations with other countries, particularly those in Asia. The documents of the archive are provided by the National Archives of Japan, the Diplomatic Archives of the Ministry of Foreign Affairs of Japan, and the National Institute for Defense Studies of the Ministry of Defense of Japan. "

America, Asia and the Pacific: A Social and Cultural History   (The Edward Sylvester Morse collection at Peabody Essex Museum).  Morse was one of the first Americans to live in Japan.  He went there on a scientific expedition in 1877 and his enthusiasm and approach so impressed his hosts that he was made Chair of Zoology at the new Imperial University of Tokyo. in 1882 he turned his attention to ethnology and the documentation of life in Japan before it was transformed by Western modernization.  In addition to preserving the household records of a samurai family and many accounts of the tea ceremony, Morse made notes on subjects as diverse as shop signs, fireworks, hairpins, agricultural tools, artists’ studios, music, games, printing, carpentry, the Ainu, gardens, household construction, art and architecture. An accomplished draughtsman, his pencil and ink drawings, enliven his diaries and correspondence and make his papers a pleasure to read.

History Sources  (by country).  Many of the books may be temporarily full-text online.