Islam in Asia: Diversity in Past and Present Exhibition: Muslim Populations

There are an estimated 1.57 billion Muslims – nearly a quarter of the world’s total population.

While Muslims are found on all five inhabited continents, more than 60% of the global Muslim population is in Asia and about 20% in the Middle East and North Africa. However, the Middle East-North Africa region has the highest percentage of Muslim-majority countries, more than half of which are 95% Muslim or greater. 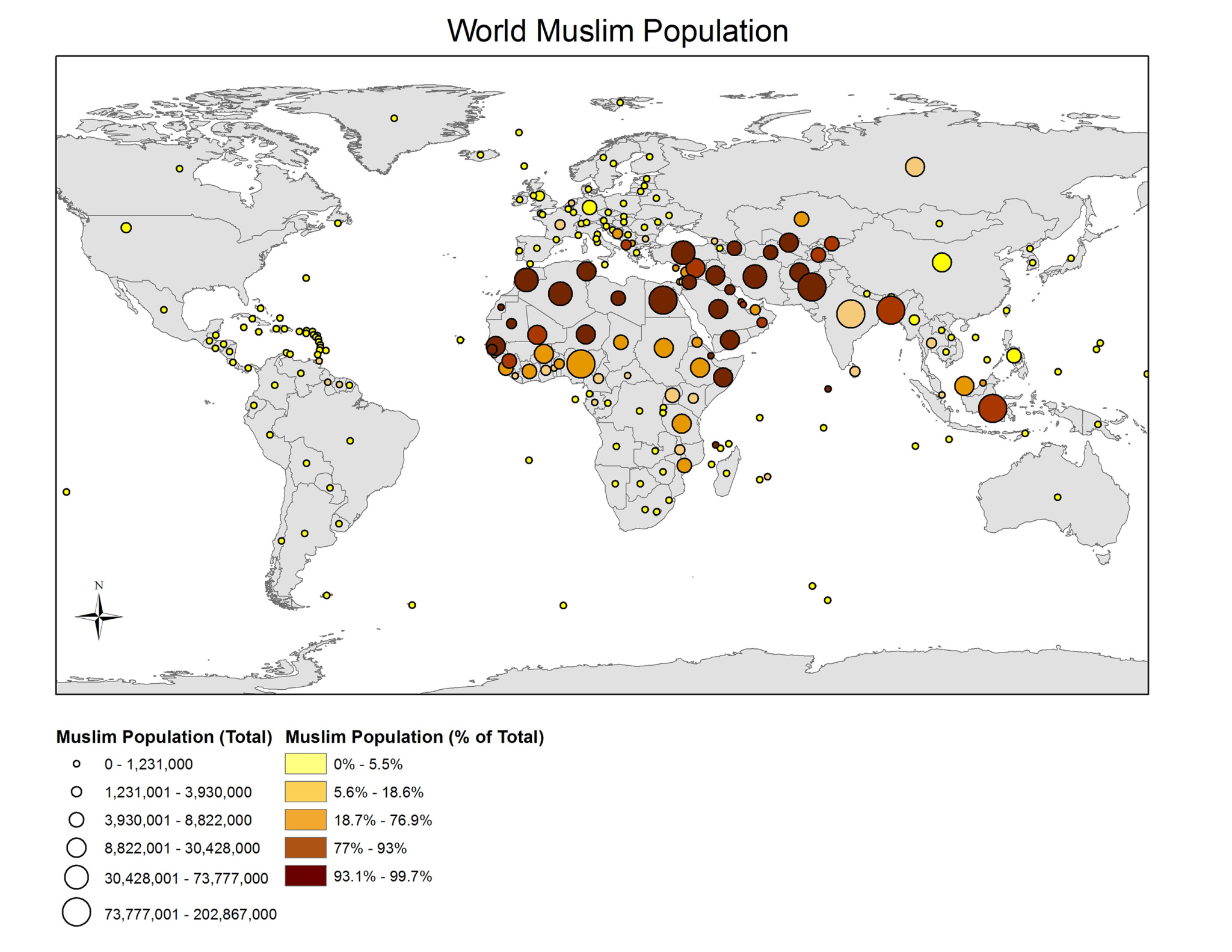 Muslim Population in Asia as Percent of the Total (2010) 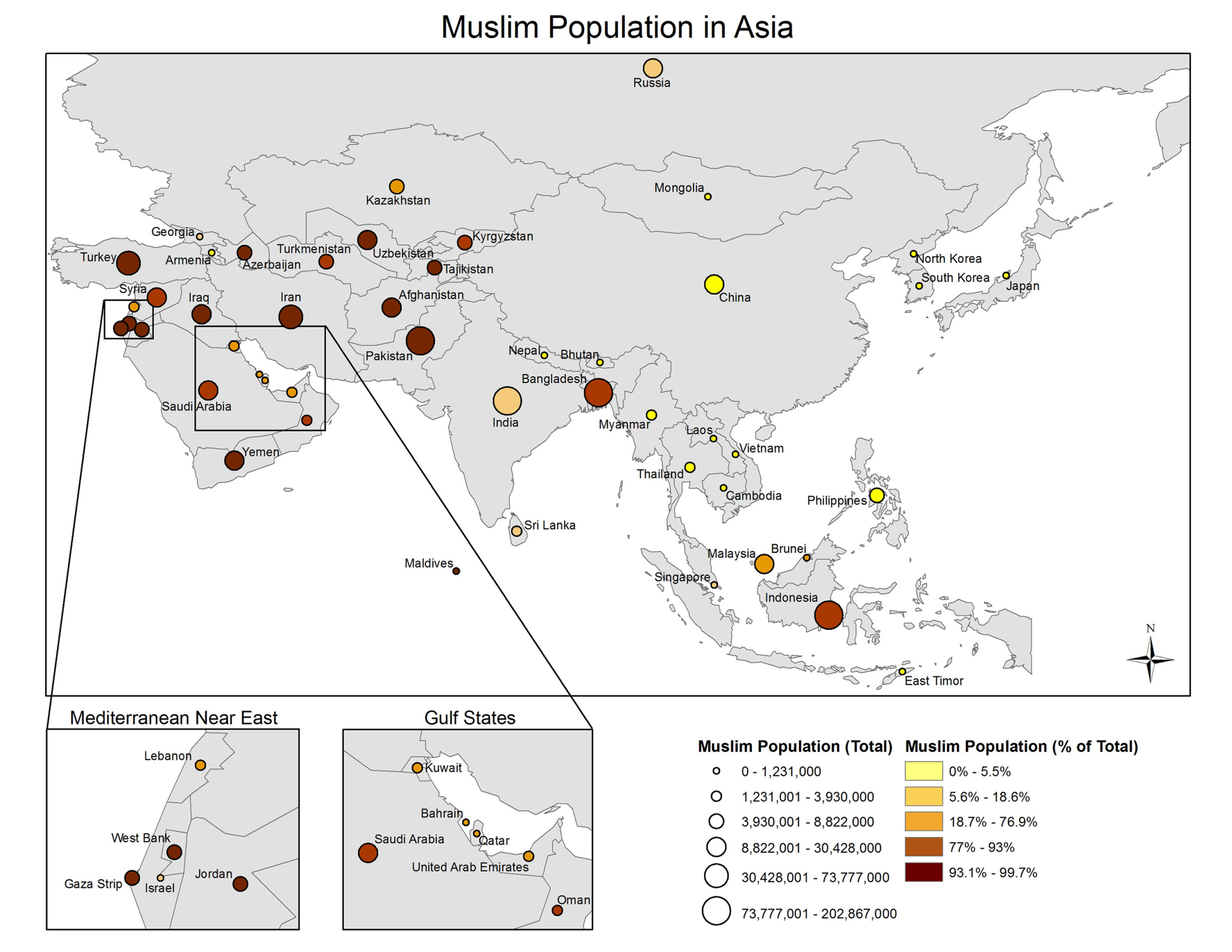 Regional Distribution of Muslims: Population by Region as of 2010 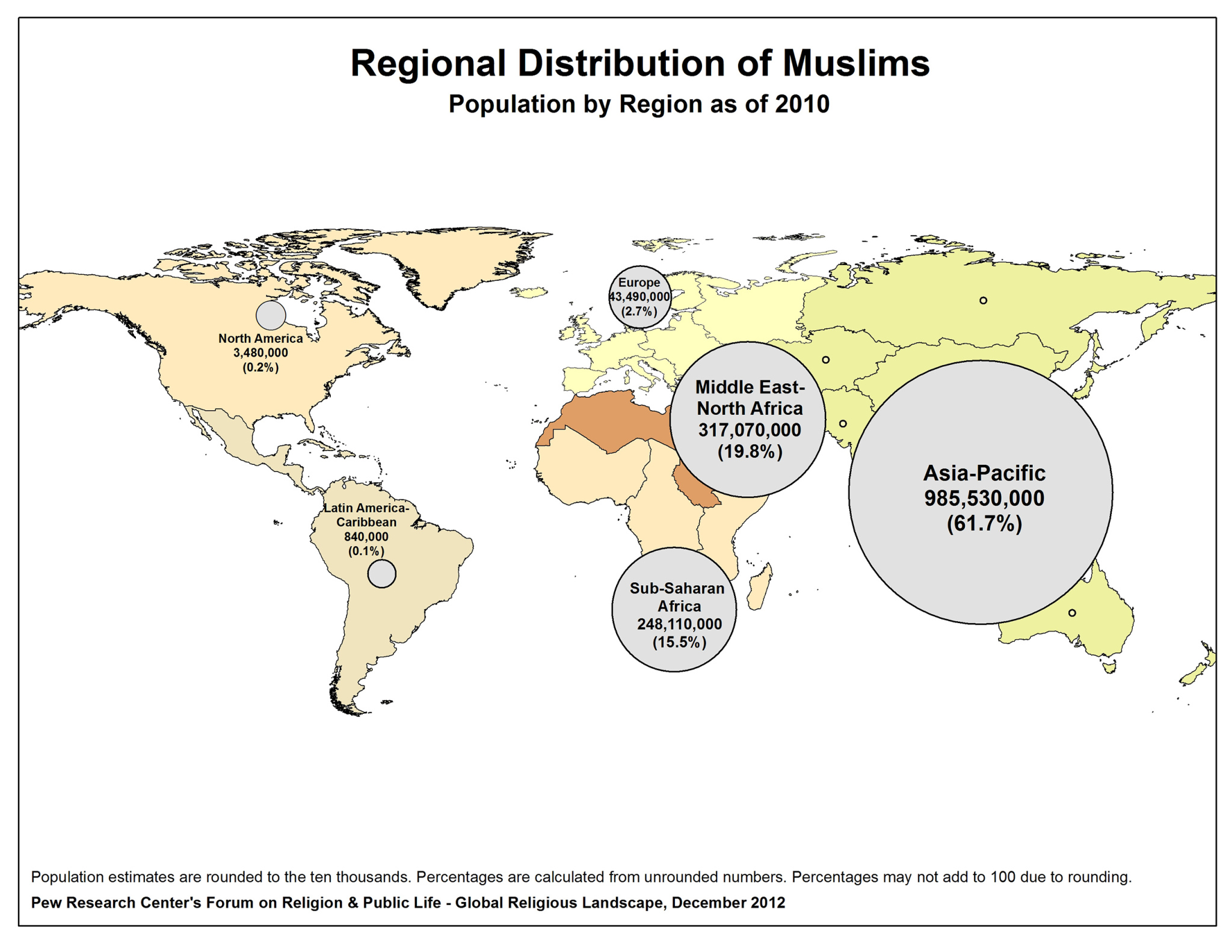