A guide to "hidden" image collections in text-based databases and other resources for finding archival images.
URL: https://guides.library.cornell.edu/unexpectedimages

The dramatic imagery of nineteenth-century Americana as experienced from the social, military, and political perspectives. At completion, the collection will present 75,000 images drawn from archives around the country, documenting the camp and battle experiences of Union and Confederate soldiers of all ranks, time spent in hospitals and in prisons, civilian life in cities and towns close to and far from the front lines of war, and the demeanor of the politicians whose decisions could bring the nation together or tear it apart. Many of the images in the collection were captured by famous and lesser-known innovators working with the burgeoning medium of nineteenth-century photography. Additionally, graphical content such as envelopes, song sheets, recruiting posters, imprints, and cartoons give users the ability to research how wartime America illustrated their times visually.

The colorful cheap stories and songbooks that flooded Russia during the last half century of the old regime exemplify the richness of the Russian popular imagination. The literature of the lubok, named for the prints that circulated in the same milieu, was a ubiquitous expression of popular taste. The collection illustrates the chief genres of Russian popular literature and includes chivalric tales, historical fiction and updated fairy tales, as well as stories of adventure, banditry, detectives, success, war and empire, women and gender.

Database of primary sources including a variety of material types: monographs, newspapers, pamphlets, manuscripts, ephemera, maps, statistics, and more. Materials cover a wide range of academic disciplines and areas of study and include works in Western and non-Western languages. 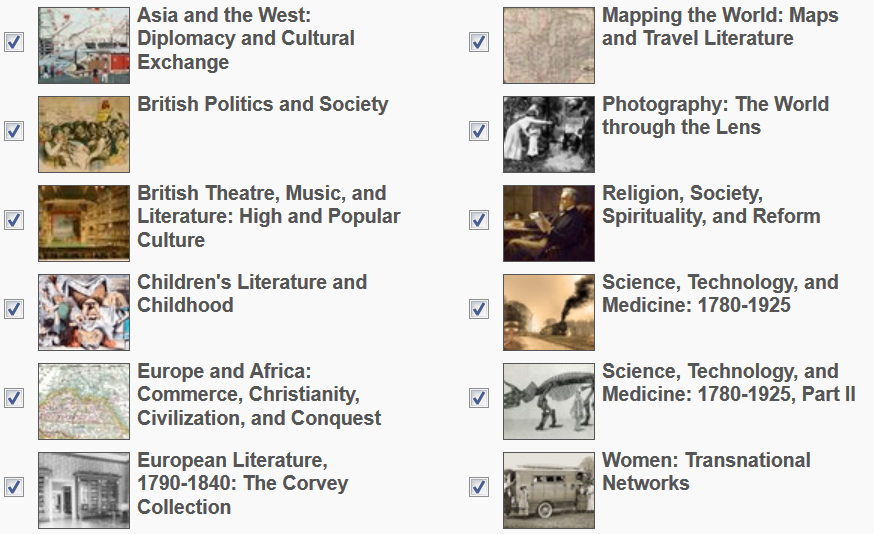 After you're gone / by Creamer and Layton. [National Endowment for the Arts Millenium Project.] (c1918)

The University of Michigan Library has created an excellent guide to sheet music and song sheets from the 16th century to the late 20th century, covering materials published in many languages, including Yiddish. Please consult their guide for more comprehensive guidance.