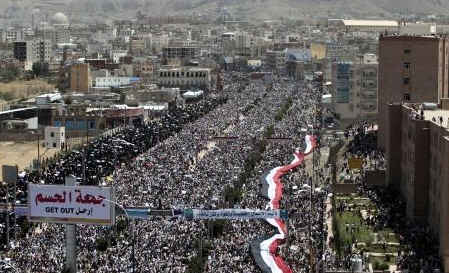 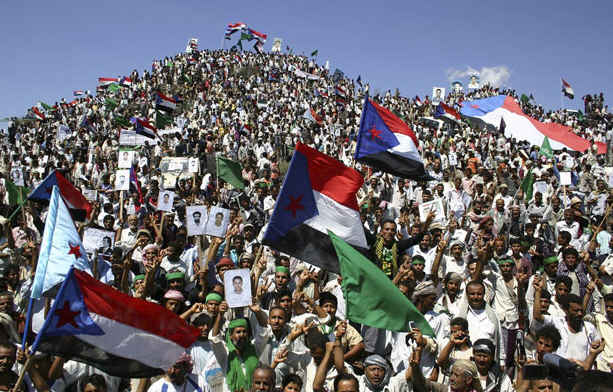 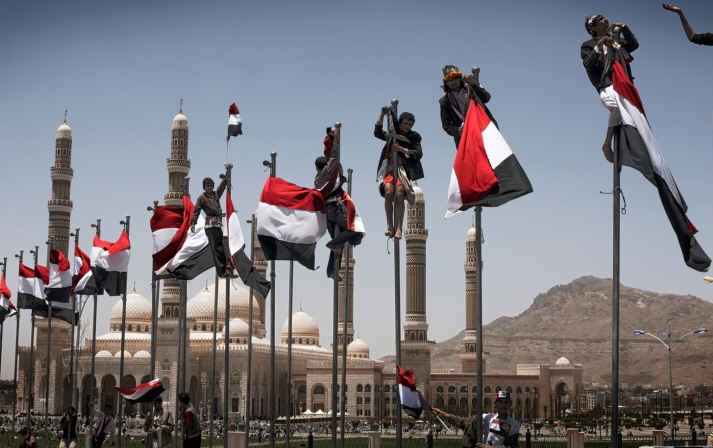 After mass protests in Egypt and a popular uprising in Tunisia that ousted its long-time leader, thousands of Yemenis demonstrated  in the capital Sanaa, calling on Ali Abdullah Saleh, president for more than 30 years, to step down. A major demonstration of over 16,000 protestors took place on 27 January in Yemen's capital. Saleh announced he would not run for reelection in 2013 and that he would not pass power to his son. More people protested against the government in Sana'a and Aden, in a "Day of Rage." The regime responded by offering interminable talks, promising concessions, and threatening and delivering violence. The slaughter of peaceful protesters in Sanaa caused a schism both within the ruling General People's Congress (GPC), and President Saleh's Sanhani clan. Senior politicians resigned and formed the centrist Justice and Development bloc. Key Sanhani military commanders sided with the people, as did the leading family of al-Hashid (the most effective tribal confederation), potential rivals to Saleh's sons for the presidency. The Gulf Co-operation Council (Bahrain, Kuwait, Oman, Qatar, Saudi Arabia, and United Arab Emirates), supported by the West, stepped up efforts to negotiate a solution, involving a phased transitional process and an amnesty for the president and his close circle. But Saleh refused to sign the plan.