This guide covers The Modern Farmer, a serial publication from 1929-1949 published by the National Federation of Colored Farmers (NFCF) and the history of Black Americans in agriculture.
URL: https://guides.library.cornell.edu/modernfarmer

Excerpt from The Modern Farmer

Purpose of This Guide

Mann Library holds the only known surviving print copies, and the complete run is fully digitized. Like any newspaper or serial published at that time, it was originally received at Cornell by postal subscription before Mann Library even existed. Then when Mann was established as the agricultural library in 1952, The Modern Farmer became part of our historical holdings.

Learn how you can use The Modern Farmer for instruction and research.

The Modern Farmer was one of the only serial publications published in the Depression-era United States that was aimed at African-American farmers. It was published between 1929-1949 by the National Federation of Colored Farmers (NFCF), an organization which formed local chapters of buying and selling distribution cooperatives for African-American farmers and their goods at a time when prevailing Jim Crow laws made such efforts dangerous. Editor James P. Davis was the president of the NFCF, Head Field Officer the Agricultural Adjustment Administration and was also a member of President Roosevelt’s “Black Cabinet.”

The Modern Farmer is freely accessible to anyone, regardless of affiliation, here: 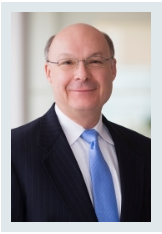 The story of how this amazing resource came to light is entirely due to a patron’s interest and involvement. In fact, it was a personal connection to the publisher of the material that began this collaboration. In October 2017, an individual called Thane Scott was coming to Cornell to present at a meeting. He got in touch with colleagues and requested access to some of the library’s resources so he could take advantage of his visit and conduct some of his own research. One of the materials he requested was The Modern Farmer. In his email, Mr Scott noted, “I’m looking forward to my visit to Cornell, and in particular to having the opportunity to review your copies of The Modern Farmer...Copies of this publication are exceptionally hard to find.”

At the end of the email Thane Scott revealed his personal connection. Davis the publisher was also Scott’s great-grandfather, and he still recalls being baby-sat by him during the many summers he spent with his grandmother (Davis’s daughter).

Thane Scott helped tremendously with the due diligence required to establish that no copyright is still held either by the original organization or by another entity that followed. He helped to establish that there was no remaining copyright in the estate and that the NFCF no longer existed. To strengthen the claim of due diligence he also offered to provide an affidavit about his personal connection to one of the original founding publishers. Were it not for the serendipitous visit of this patron and his personal connection to the publisher this serial may never have come to light. Thane Scott is currently conducting his own research about The Modern Farmer and his relative, James P. Davis.