This is a class guide for ITAL 2400, The Italian American Experience, Prof. Valentina Fulginiti.
URL: https://guides.library.cornell.edu/italianamerican 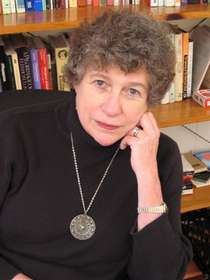 Subject heading searches may be performed in either of the CU Library catalogs, in the "new catalog" or in the Classic Catalog .. On the Basic Search screen, select Subject Heading from the Search by menu and enter the appropriate terms.  (The "new catalog" is now two years old.)

The generic forms of LC subject headings and sub-headings under which ethnic-American literatures are classified are listed below. Substitite the adjectival form of the ethnicity for the word 'ethnic.' For example, you might enter a search in the Library Catalog as: hispanic americans--fiction. Substitute the literary form (e.g., fiction, drama, poetry) for 'genre,' as in american poetry--jewish authors.

You may also use the subdivision minority authors after literary form headings. For example:

A number of LC headings are also useful for finding more generalized materials on ethnic literatures. As a rule, they are not subdivided by geography or country name: