Search these databases for scholarly articles from journals and conference proceedings. See Company and Industry Information for trade magazine and newspaper articles.

What is the difference between these 2 publications? 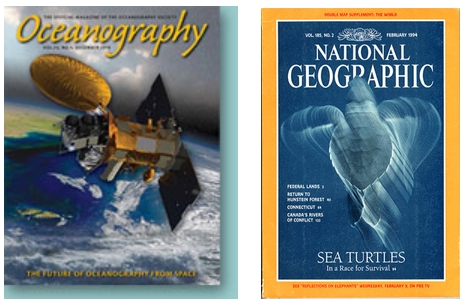 They both come out once every month, are published in the United States, and are "factual".They both have pictures. They even cover some of the same topics.

Peer review is scientists' and other scholars' best effort to publish truthful, reliable information. Each article has been submitted for publication, but then reviewed by other scholars in the same field to ensure that it is sound science. Among other things, peer-review checks to make sure that a scientist's methodology is fully described (how he or she got their results) and that there aren't obvious errors of statistical calculation.