This is a guide for Benedetta Carnaghi's First -Year Writing Seminar, A Life Under Cover -- Spies in History, Fiction and Cinema
URL: https://guides.library.cornell.edu/spies

What is "distant reading"?

Distant Reading: what do you think of this dictionary definition?

"A provocative slogan launched by the Italian literary historian Franco Moretti in his article ‘Conjectures on World Literature’ (2000; later reprinted with related pieces in his collection Distant Reading, 2013). Coined in direct opposition to the tradition of close reading cultivated in the English-speaking academic world, Moretti’s phrase indicates his apparently perverse attempts to discover what may be learned about novels without actually reading them. His research projects have included quantitative bibliometric analyses of thousands of forgotten novels, for example, detecting trends in the length of their titles as listed in catalogues.

"In an essay called “Conjectures on World Literature”—published in 2000, and collected in “Distant Reading”—Moretti puts it this way:

'What does it mean, studying world literature? How do we do it? I work on west European narrative between 1790 and 1930, and already feel like a charlatan outside of Britain and France. World literature?

Many people have read more and better than I have, of course, but still, we are talking hundreds of languages and literatures here. Reading “more” hardly seems to be the solution…. “I work on west European narrative, etc….” Not really, I work on its canonical fraction, which is not even 1 per cent of published literature…. There are thirty thousand nineteenth-century British novels out there, forty, fifty, sixty thousand—no one really knows, no one has read them, no one ever will. And then there are French novels, Chinese, Argentinian, American….'"

Quoted by Joshua Rothman in The New Yorker, March 20, 2014, " An Attempt to Discover the Laws of Literature" 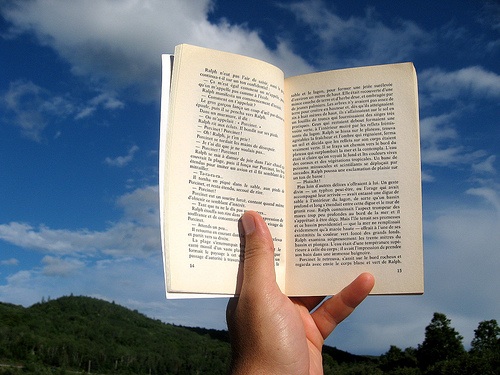 "A term commonly applied to the detailed analysis of a literary text, usually a short poem or prose excerpt. In a modern tradition inaugurated by Laura Riding and Robert Graves in their book A Survey of Modernist Poetry (1927), the close reader typically attempts to account for and justify the presence of all the text’s features of sound and sense, usually detecting sonic correspondences such as internal rhyme and alliteration, along with ambiguities of meaning, and the complex deployment of rhetorical figures, all integrated into a formal unity. Following the success of William Empson’s book Seven Types of Ambiguity (1930), written under the influence of Riding and Graves, close reading was often cultivated in the Cambridge school of criticism, and developed most influentially in the US by the New Critics and their successors including the school of deconstruction. Various reactions against this tradition have emerged, ranging from the Chicago critics’ contrary emphasis on genre and plot, to Franco Moretti’s experiments with a new kind of distant reading."

Use subject encyclopedias and dictionaries...

Note that not all scholars believe that Moretti's "attempts" are "apparently perverse"!