World of the West Norse: The Norse Atlantic 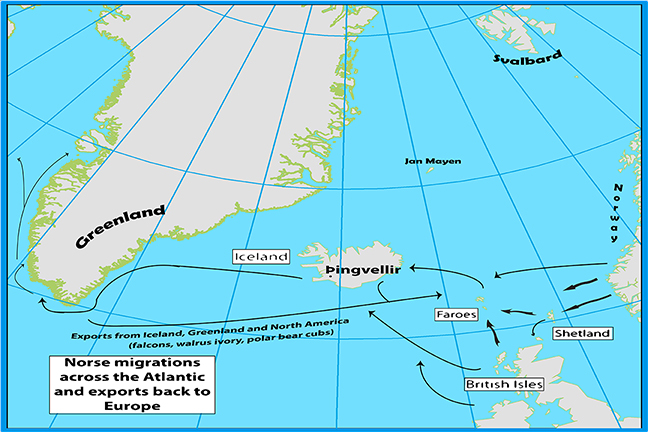 One of the major thrusts of Norse expansion proceeded from Norway in a subarctic trajectory across the North Atlantic, terminating in the permanent settlements of Greenland and a probable constellation of seasonal trading stations on the North American coast, ranging from Baffin Island to Newfoundland. Important to settlement was good grassland for sheep and cattle, and the destination islands were all experiencing a relatively warmer climate during the ninth century.

All these settlements save the one in Greenland displaced larger or smaller Celtic habitations, from established communities in Shetland to isolated monks in the Faroes and Iceland. Nonetheless, an important factor in the population of Iceland is a stream of Celtic immigrants during the settlement era; often these were women abducted by Viking raiders who settled in Iceland.