Browse footnotes and bibliographies of books, encyclopedias, and articles for information about primary sources.

Search the Library Catalog for primary sources--both unpublished manuscripts and modern editions in print and online, sometimes in translation, of original primary sources. Use the guided keyword search with truncated terms such as:

When you can't find published primary sources, you may be able to get ahold of electronic or microfilm copies

Much archival primary source material has been filmed over the years, but using it will take some getting used to.  Ask for help with microfilm, microfiche, or microcards at a reference desk!

A sense of what it is and how you use it: Using Microfilm

Cameras in the Archives 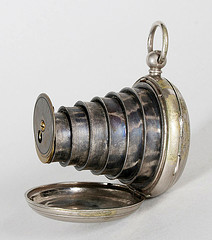 Archival material cannot typically be checked out or interlibrary loaned, and usually not photocopied or scanned (except by a staff member, and for a fee). However, many archival institutions will allow you to take photos of pages.

Tips for using a camera in the archives

This is just a sampling of the many, many primary resources available in electronic form. In Find Databases, there's a category called history: primary sources. Other subject searches in the catalog include:

Here are some examples: 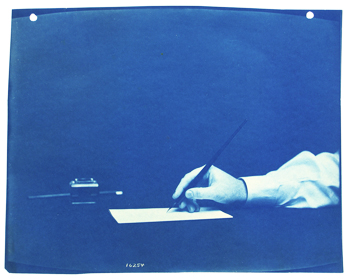 The U.S. government commissions and publishes a number of images.

U.S Congressional Serial Set (Readex)
This is the database of digitized texts from the bound, sequentially numbered volumes of all the reports, documents, and journals of the U.S. Senate and House of Representatives. Upon completion, the digital version of the Serial set will consist of over 12 million pages. Database searchable by subject, publication category, standing committee author, and other parameters. Cornell also holds print versions of the entire run. As of February 2009, the following years are covered online:
15th Congress - 89th Congress, 2nd session through Serial Set no. 12749, 1817 - 1966
Serial Set Volumes: 1 - 12749

Images may be downloaded as pdf, bi-tonal (black & white) pdf, or tiff. Some jpg downloads are also offered.

Examples of material found in the Serial Set include reports of geological surveys, agricultural reports, portraits, disaster reports, contested election materials, and much, much more.

This is just a sampling of the many, many primary resources available in electronic form.

Times Digital Archive offers online, full-text access to the Times of London from 1785 through 2006. This is the longest run of indexing and access available for any newspaper.

The Annual Index began, with much more detailed entries, in 1906, the title changing to the Official Index in 1914. The Times of London is located in the microfilm area, B Level, Olin Library (Film 308).

Le Monde (Film 481) has been published since 1944. It continues a newspaper called Temps (Film 2663), which began publication in 1861. A searchable full-text version of Le Monde is also available in the Electronic Text Center strating in 1995; ask at Olin Reference.

Other Indexes to International Newspapers:

Asian Newspapers and indexes to Asian newspapers are kept in the Severinghaus Reading Room in Kroch Library.